Brief History of the Jews of Sherbrooke

The first Jewish family moved to Sherbrooke in 1860. They were part of the Hart family who were the original Jewish settlers of Canada who moved to Trois Rivieres, Quebec the 1700’s . In the 1880’s to 1920’s the Jewish population of Sherbrooke increased ten fold through emigration from Eastern Europe. A synagogue was built and expanded. Soon, many if not most of the stores on the main street were owned by Jewish members of the Sherbrooke community. During the first half of the 20th century the community thrived. Then, in the 1960’s the younger generation left to seek work and educational opportunities in the larger cities. The community began to dwindle. In 1987 the Synagogue was sold. Today few people remain of the original immigrant families. However new migration of another Jewish generation has begun to join them. In 2005 the Agudath Achim Synagogue was reestablished and the community is beginning to grow once more with a influx of Jewish families, many of whom work for the areas Universities. 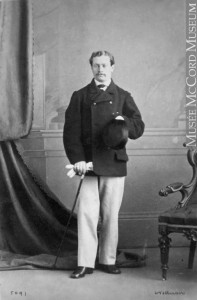 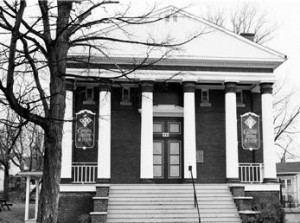 This organization is directly connected to the congregation established in 1907 by the first Jewish settlers of Sherbrooke They have been the recognized representatives of the Jewish Community of Sherbrooke for over 100 years. They built a synagogue, (since sold) brought in Rabbi’s, teachers and provided religious services. Its membership today is much smaller than it was but they continues to be active. Today most of the religious needs of the community are provided by Chabad Sherbrooke especially with the university. They hold weekly and holiday services with an onsite Rabbi.